The Yes Men are a group who use any means necessary to agree their way into the fortified compounds of commerce, and then smuggle out the stories of their undercover escapades to provide a public glimpse at the behind-the-scenes world of big business. The stories are often both shocking and hilarious. They have been called “the Jonathan Swift of the Jackass generation” by author Naomi Klein. The Yes Men have impersonated World Trade Organization, Dow Chemical Corporation, and Bush administration spokesmen on TV and at business conferences around the world. They do this (a) in order to demonstrate some of the mechanisms that keep bad people and ideas in power, and (b) because it’s absurdly fun. Their main goal is to focus attention on the dangers of economic policies that place the rights of capital before the needs of people and the environment. 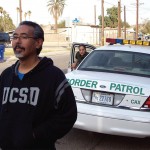 Ricardo Dominguez is an artist and associate professor of visual arts at UC San Diego. He has been the subject of controversy over a number of acts of electronic civil disobedience on his own and with the Electronic Disturbance Theater, which he co-founded with Brett Stalbuam, Stefan Wray, and Carmin Karasic.

Electronic Disturbance Theater, has organized “virtual sit-ins” that attempted to disturb websites with a program called FloodNet that automatically requests the target page over and over. These events sometimes incorporated a search term, such that the search would return a phrase like “Transparency not found” in the University of California, Office of the President website, or “human rights not found” at the website of Mexican President Ernesto Zedillo.  On one occasion, the US Department of Defense diverted a planned attack to a nonexistent website.  The “virtual sit-ins” were done in solidarity with Zapatista communities in Chiapas, Mexico.

In 2007 Dominguez also helped develop a phone app called the Transborder Immigrant Tool (TBT) with artists Brett Stalbaum, Micha Cardens, Amy Sara Carroll, and Elle Merhmand , which uses GPS technology to help immigrants find water stations in the Southern California desert and which also includes a poetry feature.  It raises awareness about the number of people who die in the U.S.-Mexico border region and aims to rethink the ways in which “immigrants are always presented as less-than-human and certainly not part of a community which is establishing and inventing new forms of life.”  TBT was subject to considerable controversy initiated by three Republican California congressmen; ultimately the University of California stated that TBT did not misuse research funds, but would not comment on whether it had broken any laws.

Currently, Dominguez is a Principal Investigator at CALIT 2, as well as, the Performative Nano-robotics Lab at SME (UCSD), and he is the Lead Researcher of the UCSD Center for Drone Policy and Ethics. 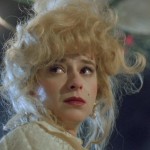 Mirjana Joković was born in Serbia, formerly a part of Yugoslavia. Mirjana started to work professionally as an actor in the movies and at the National Theater in Belgrade, Yugoslavia. Soon, she was appearing in numerous television projects and as a lead at the National Theater. Three years later she appeared as a regular character in the TV series Grey Home, which is still known as one of the most distinctive works of television during the former Yugoslavia. In addition to her association with the National Theater and Yugoslav Drama Theater (two of the most prestigious theater groups in the country), Mirjana also continued her film career, for which she was recognized with Best Leading Actress at the Rio De Janeiro International Film Festival in 1988 and the Best International Actress of The Year at Spain’s San Sebastian Film Festival in 1988. Ms. Jokovic returned to Yugoslavia to take leads in a number of films, for which she was awarded five times in five consecutive years and recognized as the Best Actress of the Year (Empress Theodora Award) as well as the Best Female Lead (Golden Arena Award). During that same period, Mirjana also worked in Germany in 1989, taking the lead in the German-Yugoslav co-production of the film Serbian Girl directed by Peter Sehr. In 1993 Mirjana played lead roles in Underground directed by Emir Kusturica which won the Palme d`Or at the Cannes Film Festival in 1995 and Critics Circle Award in the US in 1997 and Vukovar which won Mirjana another Best Actress of the Year Award. The journey in the U.S. began with the off-Broadway production of Lynn Nottage’s Mud, River, Stone directed by Roger Rees at Playwrights Horizons. U.S. theater work includes a Broadway production ofElectra, directed by David Levaux. In 1999 she participated in The Institute of the Arts and Civic Dialogue. From 1999 to 2001, she worked at the American Repertory Theater where she performed in Full Circle (Chuck Mee) (Dir. Robert Woodruff, Dule Grit), Winters Tale (Dir. Slobodan Unkovski), Three Farces and the Funeral(Robert Brustein, Dir. Yuri Yereman), Mother Courage and Her Children (Dir. Janos Saaz) and Othello(Shakespeare) (Dir. by Yuri Yereman). In 2001, she returned to the McCarter Theater for the production of Romeo and Juliet (dir. Emily Mann) and also shot the film A Better Way to Die (Dir. Scott Wiper) for HBO. Other off-Broadway and regional productions include Necessary Targets by Eve Ensler directed by Michael Wilson, Sophocles’ Electra at Hartford Stage directed by Jonathan Wilson and Three Sisters directed by Carey Perloff at ACT. In 2004 she participated in the Sundance Theatre Lab as well as a co-production between Flemish National Theater, Serbian National Theater and Theatre`Epique from Brussels, Belgium, in a piece called Trous – Rupe-Haten, directed by Lorant Wanson.